The works in this section relate to Afro-diasporic religious cultures in the Americas and their manifestations in Brazil (Candomblé and Umbanda) and in Haiti (Vodou). Many of the artists included in this section practiced these religions and incorporated their beliefs and knowledge into their works from a first-person perspective.

The title of this section refers to the intertwining between distinctive visual languages employed by the artists. The visual differences range from descriptive paintings that come closer to ethnographic accounts to almost abstract forms aimed at giving form to interior visions. The paintings represent aspects of these cosmologies that are connected to the forces of nature and the world of ancestors and that depict deities, priests and priestesses, ritualsand their sites, offerings, props, garments, accessories, and musical instruments.

The title of this section also refers to the urgency of increasing the visibility of Afro-diasporic religions, which continue to be marginalized and oppressed in countries where they have been practiced for centuries. The contribution of artists and art institutions is fundamental to this task.

Benoit belongs to the first generation of Haitian artists who were part of the Centre d'Art, alongside Hector Hyppolite, a close friend whose daughter would become Benoit’s wife. Benoit had previously worked as a taxi driver and for a time also served as chauffeur to Dewitt Peters, the Centre d'Art's founder. Known for his precise line drawing, Benoit drew scenes from everyday life as well as still lifes. He also painted complex, multifigured scenes, including images of shipwrecks, weddings, and vodou rites, as well as surreal images in which androgynous female bodies combine with nature. Between 1950 and 1951, Benoit participated in the mural decoration of Port-au-Prince's Cathedral of Sainte Trinité, where he created the Nativity scene for the cathedral's apse. The mural was largely destroyed during the 2010 earthquake. Artworks by Benoit are included in the collections of the Davenport Museum of Art in Iowa, the Waterloo Museum of Art in Iowa, and the Milwaukee Museum of Art in Wisconsin.

Born in 1912 in Santo Amaro da Purificação, Brazil.
The date and place of his death are unknown.

Borjes de Oliveira's work first appeared to a wide audience in an article published in the magazine O Cruzeiro in 1951, written by the journalist and collector Odorico Tavares and illustrated with photographs by Pierre Verger. This story aroused interest in his art, which was exhibited that same year at the Museu de Arte de São Paulo (MASP). The museum subsequently accepted two of his paintings as donations for its collection. Two years later, O Cruzeiro published another story, this time with photos by José Medeiros. Borjes de Oliveira, whose signature appears with a different spelling on his canvases, worked as a police officer, carpenter, and a Candomblé pai-de-santo (priest). Many of his paintings were created as backdrops for a ceremonial site that he maintained in Salvador. The main theme of these works are visions of deities and their symbolisms according to the Candomblé version of Yoruba mythology; they include Xangô, Oxumaré, Iansã, Iemanjá, and Oxóssi, the orisha of the forest, who is represented during a hunt in one of the MASP paintings. His other works capture views of the city of Salvador and memories from his travels as a sailor.

Chéry worked as a barber and later opened a gas station in the Artibonite Valley, where he first began exhibiting his artwork. Encouraged by his friend, fellow artist Philome Obin, he was accepted as a student at the Cap Haitien branch of the Centre d'Art in 1951. He eventually moved to Port-au-Prince in the early 1960s. His paintings of daily life, carnivals, harvests, and the urban tap-tap (bus) are distinctive for his approach to painting figures and particularly children, who often exhibit somewhat squat proportions. In recent years, his work, which is mostly consumed by the touristic trade, has become more colorful and humoristic in tone.

As a child, Maria Auxiliadora moved with her family to São Paulo, where she would remain until her untimely death at age thirty-nine. The eldest of eighteen children, Auxiliadora was born into a large family who were the descendants of slaves and who shared a talent for the arts, including sculpture, painting, poetry, and music. While still a child, financial needs forced her to leave school to find work as a housekeeper and seamstress, further developing the embroidery skills her mother had taught her. Throughout, she experimented with various artistic forms and eventually developed a distinct and highly textural technique that combined oil painting and relief elements and included industrial plastic-based adhesive and strands of her own hair. Many of her canvases reflect her own life and cultural experiences as an Afro-Brazilian woman and include self-portraits, Carnival and Candomblé scenes, quotidian images of her family, romantic representations of couples, and, tragically, her experience with cancer. Auxiliadora was briefly associated with other Afro-Brazilian artists and intellectuals in the town of Embú das Artes, but she primarily sold her work at outdoor markets, including the Praça da República in downtown São Paulo. In the 1970s, her art attracted the attention of various cultural figures, although she remained largely excluded from mainstream art practices and institutions. In 1981 Pietro Maria Bardi, the first director of the Museu de Arte de São Paulo Assis Chateaubriand (MASP), presented an exhibition of her work; some three decades later, MASP reconsidered her artistic contributions in the 2018 exhibition Maria Auxiliadora: Daily Life, Painting, and Resistance.

Saint Fleurant is the oldest of the renowned Cinq Soleil (Five Suns) artists — and the only woman in the group — who emerged from Saint-Soleil, a rural arts community that was founded in Soissons la Montagne in the 1970s. Saint Fleurant first went to Soissons la Montagne to work as a cook, but then began painting and sculpting through the encouragement of Saint-Soleil cofounder Jean-Claude "Tiga" Garoute. Along with the other Cinq Soleil artists, she broke with the community in 1978, first returning to her work as a cook and eventually opening a shop in Petion-Ville where she sold her paintings and sculptures as well as those of her children, who were also artists. Using a bright palette, Saint Fleurant's paintings feature scenes of houses, animals, women, and children, executed in a flattened perspective and with frequent changes in scale. Her paintings are also characterized by stippled brushwork, which writer Selden Rodman compared to Byzantine mosaics in his classic book on Haitian art, Where Art is Joy (1988). Saint Fleurant's works are part of various private and public collections, including El Museo del Barrio and the Waterloo Center for the Arts in Iowa.

The descendant of enslaved people from the coffee region of southeastern Brazil, Francisco Moraes da Silva earned his nickname from his work in the forest extracting a kind of wood known as tabebuia. From a young age, Tabibuia was exposed to Brazilian religions of African origin, and served as a cambono (a kind of novice medium) in the Umbanda practice. The most common embodiment he experienced in Umbanda was of the entities of Exu, the messenger between the deities and the people. Tabibuia also started to create sculptures at a young age, having devoted much of his production to different configurations of the Exus. In 1986 he converted to neo-Pentecostalism and continued to produce his Exus, along with other sculptures of strong erotic content, as well as representations of animals. His main supporter was the researcher and collector Paulo Pardal, who, in 2001, donated a sculpture from the artist's body of work known as Falos figurativos (Figurative phalluses) to El Museo del Barrio. The artist also has works in the collections of the Museu de Arte de São Paulo Assis Chateaubriand and at the University of Essex in England.

Valcin, who sometimes signed his canvases simply "Pierre Joseph," was the son of a seamstress and a bus driver and the half-brother of the artist Gerald Valcin. After working as a mechanic and stone mason, Valcin began painting in 1959 under the tutelage of his half-brother, who introduced him to the artistic circles of the Foyer des Arts Plastiques and the Centre d'Art, two of Haiti's leading art centers. Valcin's paintings are often characterized by vast changes in scale within the composition and particular attention to cultural costumes and bodily ornamentation, such as those worn during religious ceremonies. In the 1980s the French writer and filmmaker Jean-Marie Drot organized exhibitions of Valcin’s work across Europe. His paintings are included in the permanent collection of El Museo del Barrio, the Figge Art Museum in Davenport, Iowa, and the New Orleans Museum of Art. 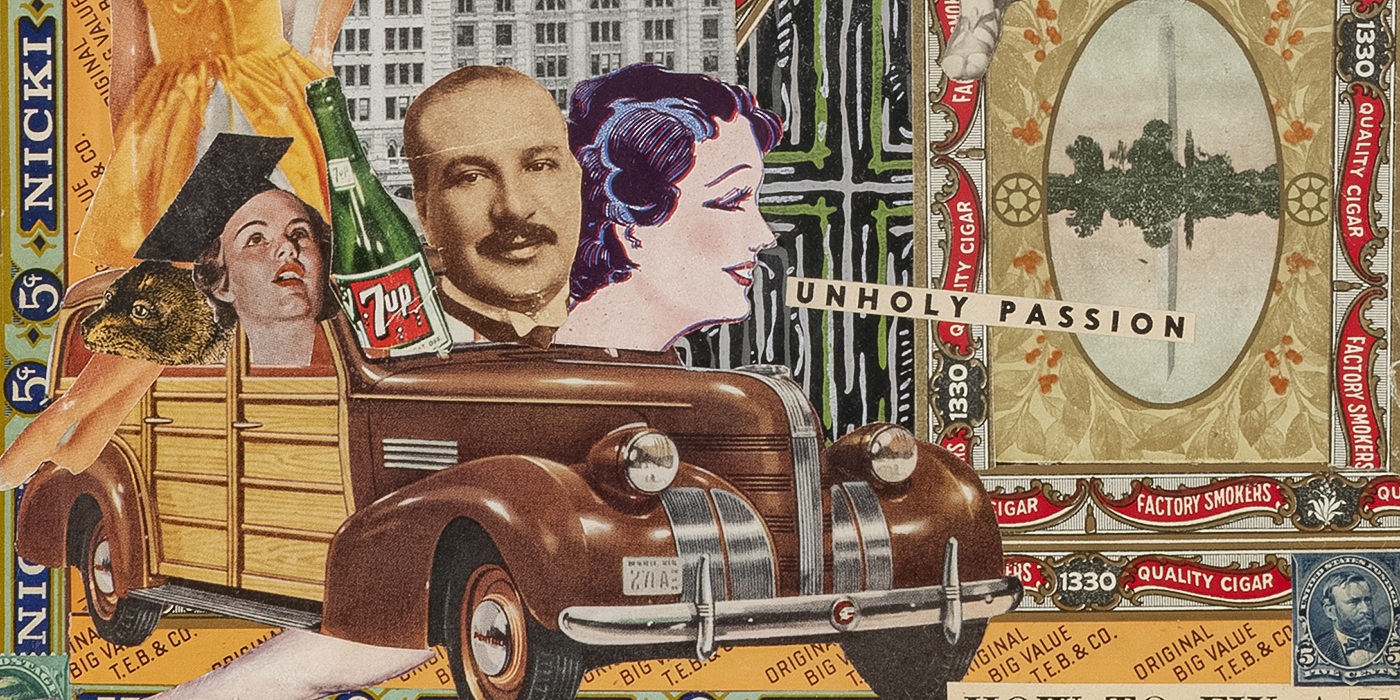 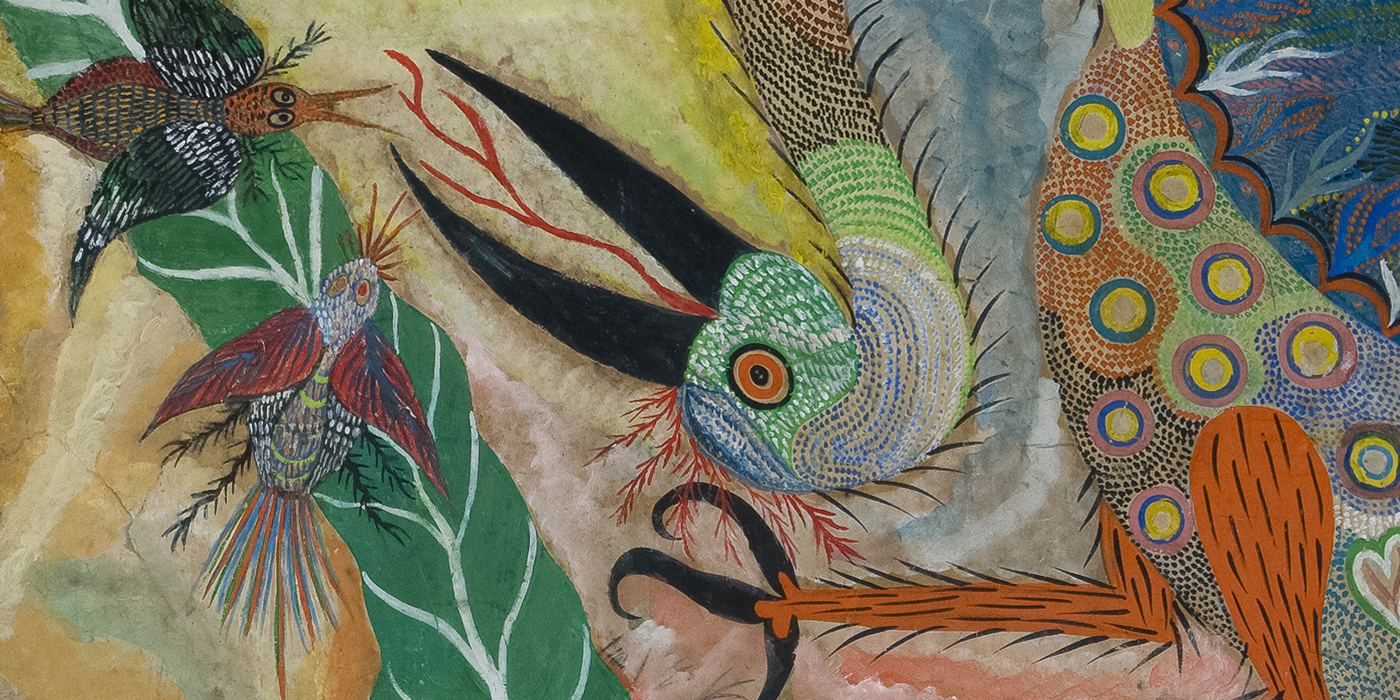 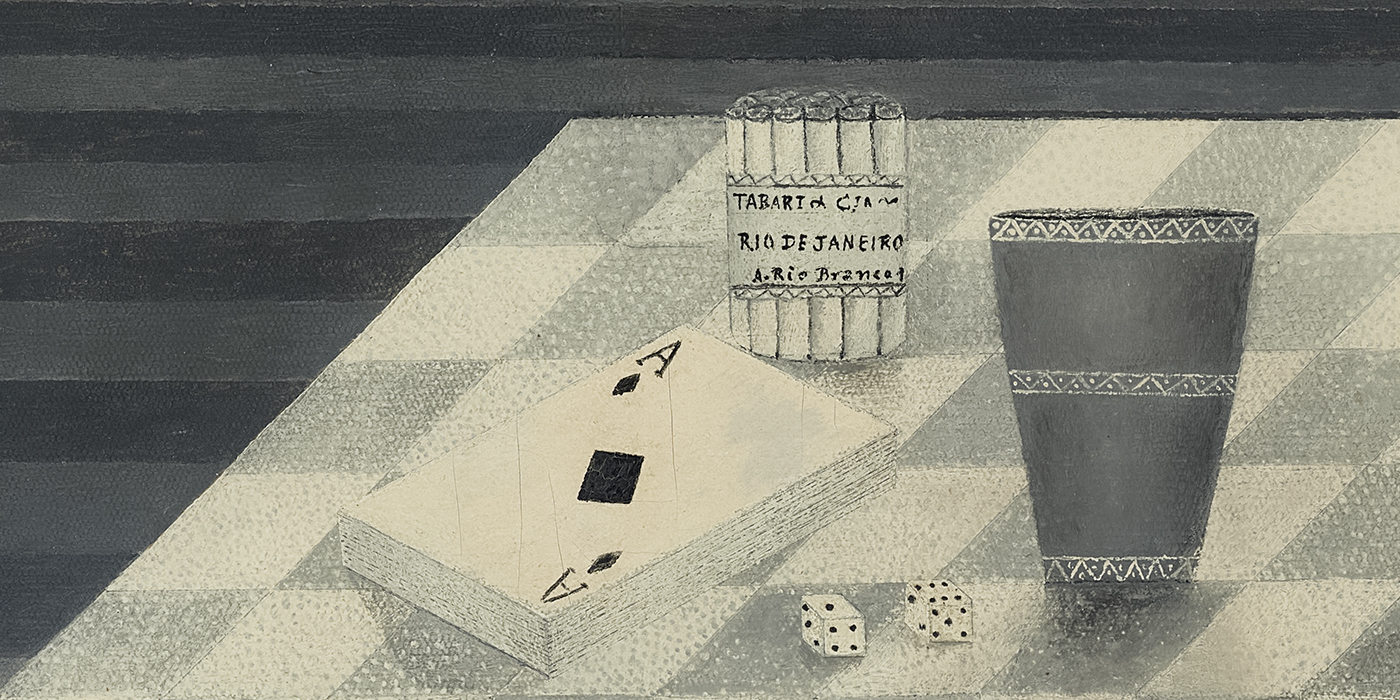